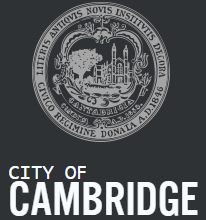 Did you know that Cambridge has the lowest property tax of any major city in Massachusetts? The tax rate itself is low at $6.49 per $1,000 for 2017. On top of that, owner occupants receive a residential exemption value of $315,191 which translates to $2,046 deducted off the final annual tax amount.

See the chart below for a comparison of property taxes between Cambridge and nearby towns:

In the chart above, the example of a home assessed at $800,000 is used. In Cambridge, the tax would be $3,649, whereas in Arlington, a similarly assessed home would be taxed at a rate of $10,240. This is a difference of $6,591/year, or $549/month. At an interest rate of 4.0%, $549/month is the equivalent to the monthly payment on a mortgage of $115,000! Of course buying a house isn’t as simple as picking a place with the cheapest property taxes. If one were to send their kids to private school, the cost comparison of private school over public school would render any tax calculation completely irrelevant! Many local private schools charge upwards of $40,000 a year in tuition, and this is without including summer camp costs. Nonetheless, the property tax is one factor to take into account when deciding where to buy a home. For example, compare the taxes in Cambridge to a place known for high property tax such as Wayland.

Before we get to my Wayland example below, here’s a screenshot of how to read the property tax on MLS. It’s generally on the first page of the MLS listing sheet, near the middle right. See below: 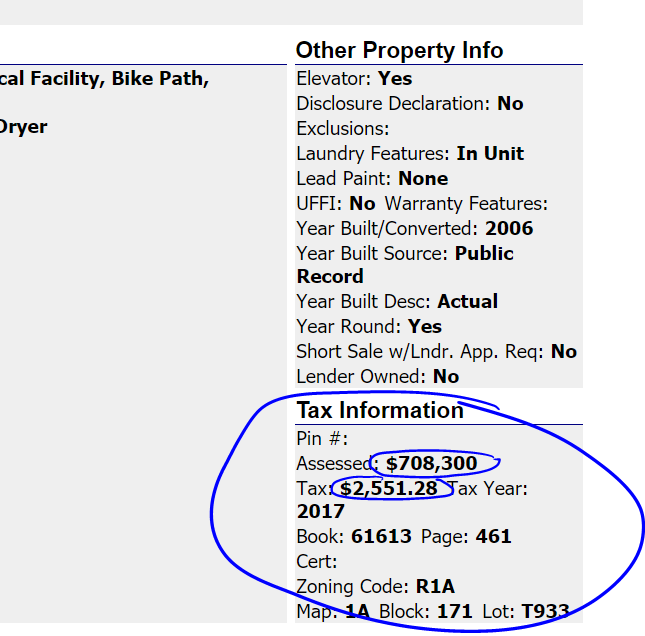 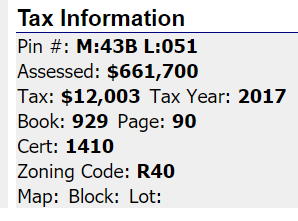 See screenshot to the right. Can you believe they have to pay $12,003 per year? That’s $1,000 a month, or over $200,000 of financing! In addition to things like school costs, another thing that factors into how much tax a town has to collect is that there’s just a lot more infrastructure for a home on a half acre with 200 feet of street frontage. This amount of frontage for a single home can translate into an order of magnitude more street, curb, sewer line, water line, power lines, and general infrastructure than 200 feet of street in Cambridge which might service 30 units of housing or more!

Point being, there’s no free cake either way, but the fact is, one of the benefits of living in Cambridge, assuming everything else fits you, is that you’re really paying a negligible amount of property tax.

Lastly, one of the reasons Cambridge can afford to have such a low tax while still having reasonably decent schools and an excellent suite of city services is the sheer amount of commercial land in town. The chart below shows the top 10 taxpayers in Cambridge:

Property taxes in Cambridge are generally so small that we don’t have to worry much about them when trying to figure out if a home is affordable. But it’s important to keep on your toes when searching to buy homes around Massachusetts as the tax rates can be a significant portion of your monthly housing costs.

Previous
Three Reasons I Love Being a Broker Next
Bidding War